Here we are in winter and one of the veggies we are enjoying eating nearly every day is Yacon. This sunflower like perennial yields delicious  tubers that are sweet and crunchy. Originating from Columbia and Ecuador it can grow to almost two meters high, has yellow daisy like flowers and is quite attractive when in flower though the plants die back to almost nothing in the winter time.

We only discovered this delicious addition to our garden a couple of years ago and now have two full beds of it as it is easy to propagate and has abundant yield.

Yacon is delicious eaten raw, it is sweet, crisp and refreshing hence one of the common names being Peruvian ground apple. I love using it in salads chopped or grated, it’s also delicious for also juicing with  to provide a little healthy sweetener in a veggie juice.

Yacon forms two distinct types of tubers, a swollen brown tuber that is harvested for eating and a smaller reddish rhizome at the base of the stem that the new shoots grow from.

Digging up a Yacon plant and seeing the two different types of tubers.

Dig up the plants once the tops have died back completely. We have just done ours and it is mid July though we could have done it anytime over the last month.

Remove all the edible tubers for eating and storage (if they are left in the ground too long they may start to rot).

Aerate the soil and add a liberal amount of compost and some rock dust. Choose the best looking rhizomes, trim them and plant in a shallow trench approximately 20 cm apart. Cover and mulch.

We add a drip irrigation line on either side of the plants as they will spread and produce abundant tubers.

Mulched and ready to grow.

From the row shown we have been slowly extracting tubers all autumn plus the full wheelbarrow load shown in the photo.

Yacon is delicious raw though once cut will brown easily.

Scrub or peel off the outer brown skin then cut into strips. Place cut Yacon in a bowl of water with the juice of one lemon to prevent browning. Add to your favourite salad.

A delicious salad or juice combo….Yacon, beetroot and lemon.

Yacon is quite an amazing food as it is made up primarily of fructooligosaccharides  (an indigestible form of fructose) and water.

Due to the  fructooligosaccharides effect, it is known not so much for its nutritional value but for its ability to regulate blood sugar levels, cholesterol and weight loss as well as improving liver health and general immune system.

Yacon syrup has become a popular alternative sweetener and is recommended for diabetics. It is made from reducing Yacon juice down until it has formed thick molasses like syrup (that may well be the destination of our barrow load of tubers).

We have stored yacon successfully for weeks in the fridge although apparently if left to sun dry for a week after harvesting they will store for months in a cool dry place (this may depend on variety)….time to try with our new harvest, in fact I can feel a day of making Yacon syrup and  dried Yacon chips coming up very soon ….will take some pics!

Here I am a few days later with some results.

After scrubbing the tubers to get quite a bit of the outer skin and all the dirt off, I roughly chopped them so that the clean pieces could go in the drier and everything else went through the juicer.

It took around 5 litres of yacon juice and 24 hours cooking to to get 300ml of yacon syrup, a thick black molasses type product, slightly bitter (and mine is slightly smokey!).

The dried yacon I found delicious.

yacon ready to go in the drier

The rest of the tubers I am leaving it the sun for a few days to sweeten up before storage. 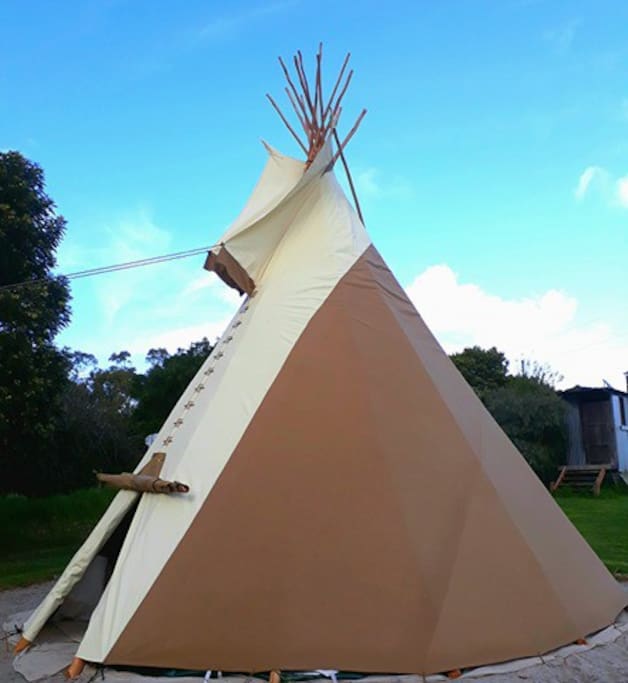